Morata to start? How Juventus could line up against Roma 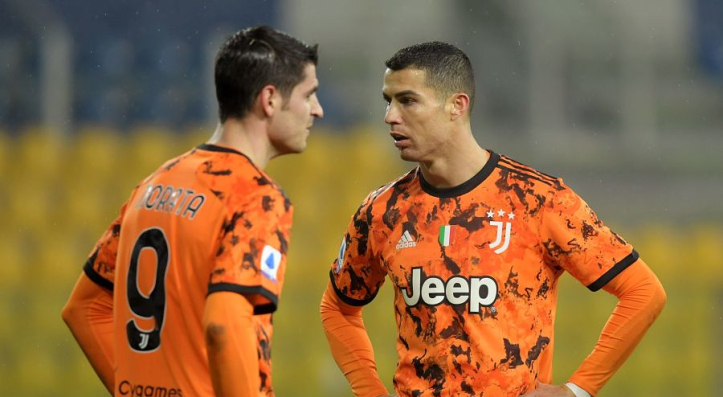 Juventus will be aiming to keep up with the leading pack in Serie A when they welcome Roma to the Allianz Stadium on Saturday afternoon. Andrea Pirlo’s men are currently enjoying a good run of form having strung together five consecutive victories in all competitions following a 2-0 defeat to Inter last month. The reigning champions are sitting in fourth position in the top-flight standings, seven points behind league-leaders AC Milan, although they do have a game in hand. A Cristiano Ronaldo brace gave Juve a narrow advantage in the Coppa Italia semi-finals last time out, and Pirlo will be keen for his side to maintain their momentum over the weekend. Several changes were made to the starting line-up in midweek, and the new head coach is expected to make a raft of changes once again in order to keep his players fresh. That means former Chelsea and Real Madrid striker Alvaro Morata is likely to partner Ronaldo up front after making an appearance as a substitute on Tuesday, relegating the highly-rated Dejan Kulusevski to the bench. In midfield, summer-signing Weston McKennie has become almost undroppable, while fellow acquisitions Arthur and Federico Chiesa are set to come back into the starting XI alongside Adrien Rabiot. The defensive unit will be made up of familiar faces in what could be a crucial clash in Juventus’ title defence.Old Lady stalwarts Giorgio Chiellini and Leonardo Bonucci will come in for youngsters Merih Demiral and Matthijs de Ligt at centre-back, while the full-back positions are likely to be occupied by Juan Cuadrado and ex-Manchester City man Danilo. In goal, legendary veteran Gianluigi Buffon will make way for Wojciech Szczesny, who has started the majority of Juve’s Serie A fixtures. Juventus predicted XI against Roma