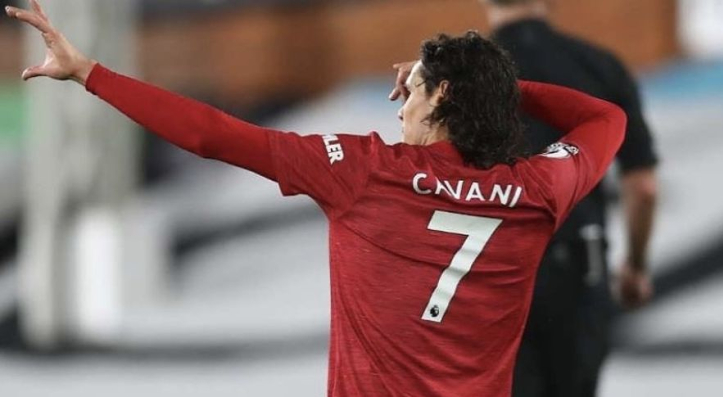 Manchester United have quickly dumbfounded their critics in this season’s Premier League with a superb run of form that has been fuelled by goals, goals and then some more goals. So far this season Ole Gunnar Solskjaer’s side have scored 46 goals in 22 games. Not only is that more than any other team in the English top flight but it also suggests that the Old Trafford side are averaging more than two goals per game. At the heart of this gung-ho assault on the Premier League title is, undoubtedly, the playmaking skills of Bruno Fernandes, the midfield skills of Paul Pogba and the ferocious speed and clinical finishing of Marcus Rashford. But there’s also another player that has, perhaps surprisingly, played his part too. And that’s Edinson Cavani. Although the Uruguayan has had to contend with minor injuries, quarantine and a suspension because of a tweet, Cavani has still managed 15 Premier League appearances for United this season and in that run of games he’s picked up a respectable five goals and two assists. While that may not be the largest share of goals or assists in Solskjaer’s squad, it is a remarkably impressive contribution over just 709 minutes of league football. In fact, when he exclude penalties from the equation, no United player is offering more goals or assists per 90 minutes than the towering striker this season. Indeed, when we consider just how efficient Cavani is being on the pitch this season we can quickly compare it to his form in the previous four campaigns for Paris Saint-Germain to see if the striker is getting any poorer in front of goal.And, as we can see from the graph above, it seems as though the truth could be further from it. Not only is the Uruguayan striker in fantastic form this season, but he’s actually averaging more goals and assists per 90 for Man United this season than he did for PSG last season. Although Cavani isn’t quite reaching the heights he enjoyed earlier in his career when he was in his peak at PSG and clearly scoring for fun in the French top-flight, United fans can rest assured that they haven’t signed a striker that is over the hill or quickly diminishing by age by any means. If anything, Cavani is showing that at 33 years of age he still has plenty in the tank to continue scoring goals at the highest level on a consistent basis.